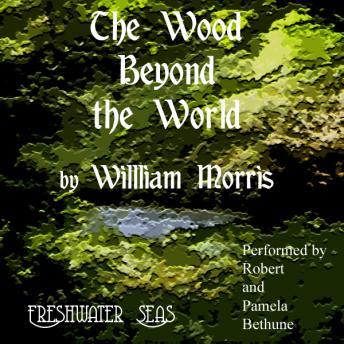 The Wood Beyond The World

For many readers and listeners, William Morris invented the genre of fantasy fiction. His novel The Wood Beyond the World transports his hero, Walter the Golden, from the English village of Langton-on-Holm across the seas to a magical kingdom in a forest beyond the known world, ruled by the Mistress, an extraordinarly beautiful, complex, and sinister woman. There he meets the Maid, a woman captured, enslaved, and tortured by the Mistress, who has magical powers of her own. By the strength of their love and the wisdom of the Maid, she and Walter make their escape through the land of the People of the Bear to the kingdom of Starkwall, where a fate even more extraordinary awaits them.

Wood Beyond The World

This title is due for release on December 10, 2011
We'll send you an email as soon as it is available!