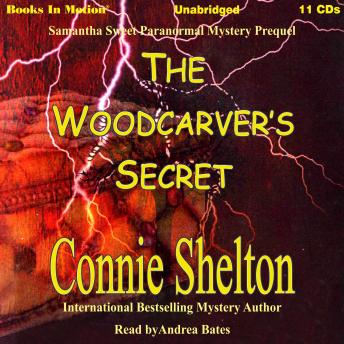 For John Carver, a simple Celtic wood worker, life is a struggle to feed his family. Then one summer day, as he walks past a near-dead alder tree, lightning strikes. With the shattered tree lying all around him, Carver pulls himself up and decides to make the best of it—he takes the usable pieces to his workshop. From the shards of that dead tree John creates three boxes. Then the unexplained happens—shortly after handling one of them, John’s touch brings his young son back from the brink of death. When the second box demonstrates an opposite tendency, toward the dark side, Carver is terrified that witch-hunters will learn of the boxes and their mystical powers. Eager to rid himself of the artifacts and desperate for money, he sells the three boxes. As they are taken by three very different buyers—a common Englishman, a worldly merchant and a bishop—John feels a foreboding about the future. From the 13th century, the boxes travel the world, eventually drawing the attention of two rival organizations, each with very different motives and methods for gaining what they want. Reminiscent of The Red Violin in scope, this historical novel follows the three boxes to the 21st century and confrontation between the two factions. The Woodcarver’s Secret is the prequel and companion novel to Connie Shelton’s Samantha Sweet paranormal mystery series.