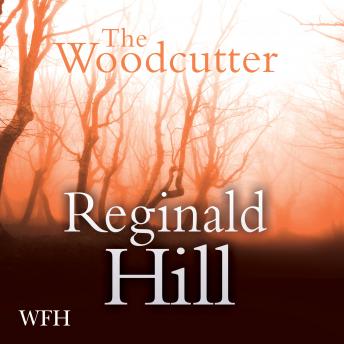 A fast-moving, stunning new standalone psychological thriller – from the award-winning author of the Dalziel and Pascoe series.

Wolf Hadda has lead a charmed life. From humble origins as a woodcutter's son, he has risen to become a hugely successful entrepreneur, happily married to the girl of his dreams. A knock on the door one morning ends it all. Thrown into prison while protesting his innocence, Wolf retreats into silence. Seven years later prison psychiatrist Alva Ozigbo makes a breakthrough: Wolf begins to talk. Under her guidance he gets parole, returning to his rundown family home in rural Cumbria.

But there is a mysterious period in Wolf's youth when he disappeared from home and was known to his employers as the Woodcutter. And now the Woodcutter is back, looking for the truth – and revenge.

‘An outstanding novel of force and beauty [which shows] Hill's elegant writing, erudition and imagination' The Times

'He quickly proves he's lost none of his sardonic wit, punch and complexity … You'll be hard pushed to find another crime writer with his verve … Hill uses every trick in his arsenal to elucidate. The result is an epic, unbeatable mystery' Financial Times

'A big, fat mystery which has the enduring power of a myth … Hill proves once again that the driving force of a successful crime novel is character, not incident … The heights of the Dalziel & Pascoe series aside, Hill has never written a better book' Evening Standard

'Reginald Hill's books are as good as crime fiction gets and this one is as good as he gets … A tragic, funny standalone mystery … History is rewritten with brilliant originality and verve. The combination of wit and humanity is characteristic of this most inventive of crime novelists – warmly recommended' Literary Review

'Hill's plotting is brilliant, the jokes first-rate, the prose supple: it's his humble awe at the English language that enables him to be a minor master of it' Daily Telegraph