The Wordsmiths at Gorsemere: The Complete Series 1 and 2: The BBC Radio 4 Comedy 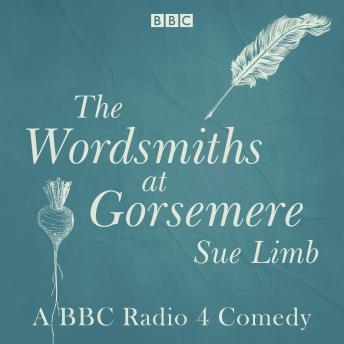 A BBC Radio 4 parody of the lives of the Romantic poets by Sue Limb, writer of the hit comedy Gloomsbury.

An everyday story of towering genius, set in and around the Lakeland retreat of William and Dorothy Wordsmith. The Wordsmiths have not long settled in their sublime cottage, when they are visited by the inebriate Samuel Tailor Cholericke and the lascivious Lord Biro, followed by numerous other romantically-inclined writers and leech-pedlars who arrive at the door of Vole Cottage. Dorothy must manage the increasingly chaotic household (assisted by Stinking Iris), while William focuses on his latest masterpiece, ‘The Withered Turnip’. Set against an elegant musical background of trilling sheep.

Wordsmiths at Gorsemere: The Complete Series 1 and 2: The BBC Radio 4 Comedy