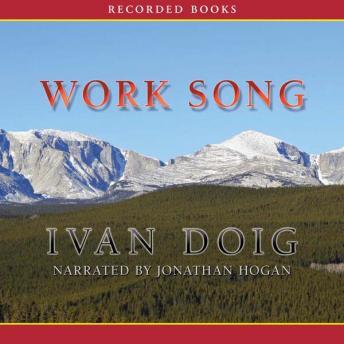 National Book Award finalist and Wallace Stegner Award winner Ivan Doig has garnered critical and popular acclaim for his vibrant, authentic tales of the American West. In Work Song he takes listeners to Butte, Montana, in 1919 for the tale of one charmer's efforts to elude Chicago gangsters. Stepping off the train in the world's copper mining capital, Morris Morgan secures a room at the boarding house of an attractive widow he'd like to know better. As the erudite Morris begins working at the local library, he tries not to take sides in the labor dispute at the Anaconda Mining Company. But when he's mistaken for an undercover union operative, he's soon caught up in the seething ferment of an iron-fisted company, radical union agitators, and beleaguered miners. 'Charismatic dialogue and charming homespun characterization'-brilliantly illuminated by Jonathan Hogan's compelling narration-'make [Work Song] another surefire winner' (Publishers Weekly, starred review). 'More atmospheric, pleasingly old-fashioned storytelling from Doig, whose ear for the way people spoke and thought in times gone by is as faultless as ever.'-Kirkus Reviews

This title is due for release on November 5, 2010
We'll send you an email as soon as it is available!