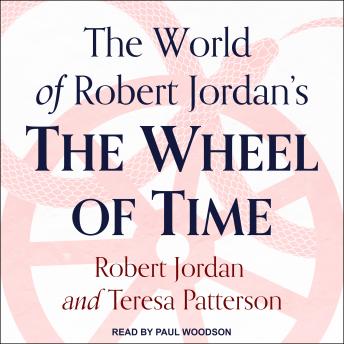 The World of Robert Jordan's The Wheel of Time

Since its debut in 1990, The Wheel of Time by Robert Jordan has captivated millions of readers around the globe with its scope, originality, and compelling characters.

In this series companion book, the listener will learn about the exotic beasts used by the Seanchan and hear of the rise and fall of Artur Hawking, and peruse the deeper story of the War of the Shadow. Here is the tale of the founding of the White Tower, and the creation of the Ajahs. The inner workings of the closed country, Shara, are revealed, as is the existence of a hitherto unknown continent called The Land of the Madmen.

Addictive , one must to continue