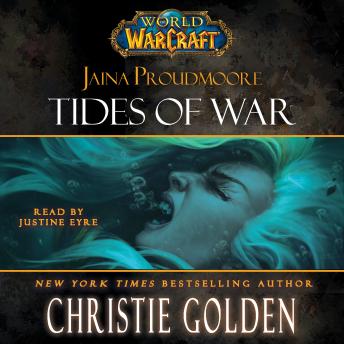 The New York Times bestselling author of The Shattering and Thrall: Twilight of the Aspects delivers a sensational tie-in to the newest World of Warcraft game expansion.

The ashes of the Cataclysm have settled across Azeroth’s disparate kingdoms. As the broken world recovers from the disaster, the renowned sorceress Lady Jaina Proudmoore continues her long struggle to mend relations between the Horde and the Alliance. Yet of late, escalating tensions have pushed the two factions closer to open war, threatening to destroy what little stability remains in the . . . Dark news arrives in Jaina’s beloved city, Theramore. One of the blue dragonflight’s most powerful artifacts—the Focusing Iris—has been stolen. To unravel the item’s mysterious whereabouts, Jaina works with the former blue Dragon Aspect Kalecgos. The two brilliant heroes forge an unlikely bond during their investigation, but another disastrous turn of events looms on the horizon. . . . Garrosh Hellscream is mustering the Horde’s armies for an all-out invasion of Theramore. Despite mounting dissent within his faction, the brazen warchief aims to usher in a new era of Horde domination. His thirst for conquest leads him to take brutal measures against anyone who dares question his leadership. Alliance forces converge on Theramore to repel the Horde onslaught, but the brave defenders are unprepared for the true scope of Garrosh’s cunning and deceptive strategy. His attack will irrevocably transform Jaina, engulfing the ardent peacekeeper in the chaotic and all-consuming . . .