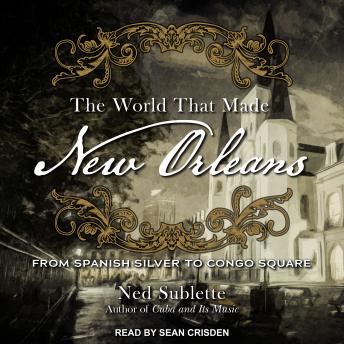 The World That Made New Orleans: From Spanish Silver to Congo Square

Offering a new perspective on the unique cultural influences of New Orleans, this entertaining history captures the soul of the city and reveals its impact on the rest of the nation. Focused on New Orleans' first century of existence, a comprehensive, chronological narrative of the political, cultural, and musical development of Louisiana's early years is presented. This innovative history tracks the important roots of American music back to the swamp town, making clear the effects of centuries-long struggles among France, Spain, and England on the city's unique culture, and the role of the Senegambia, Congo, and Haiti on the making of Afro-Louisiana. The origins of jazz and the city's eclectic musical influences, including the role of the slave trade, are also revealed. Featuring little known facts about the cultural development of New Orleans-such as the real significance of gumbo, the origins of the tango, and the first appearance of the words vaudeville and voodoo-this rich historical narrative explains how New Orleans' colonial influences shape the city still today.

World That Made New Orleans: From Spanish Silver to Congo Square