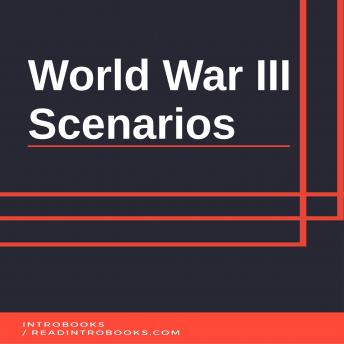 Among many of the wars which took place between different nations or countries, there is also the one which one can never really get off their mind from.

This is none other than, World war, which actually took place for twice a time and that too in the same 20th century. There was that huge amount of destruction which this conflict between different countries resulted into.

Though, it's been quite a number of years now since this tragedy took place and now after so many years, all one can look for is a fear among people about taking place of World War III which can actually turn out to be more dangerous than the previous two.

There are many of the scenarios made about World War III, which can give anyone a clear picture about what this possible War can lead to.