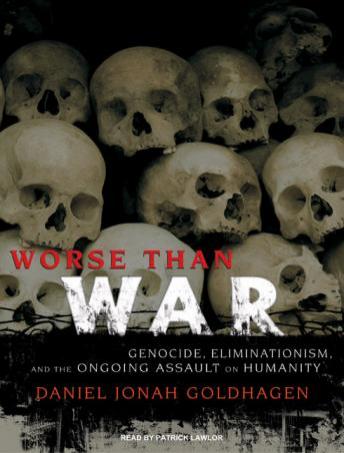 Worse Than War: Genocide, Eliminationism, and the Ongoing Assault on Humanity

Daniel Jonah Goldhagen's books are events. They stir passionate public debate among political and civic leaders, scholars, and the general public because they compel people to rethink the most powerful conventional wisdoms and stubborn moral problems of the day. Worse Than War gets to the heart of the phenomenon of genocide, which has caused more deaths in the modern world than military conflict. In doing so, it challenges our fundamental beliefs about human beings, society, and politics.

Drawing on extensive field work and research from around the world, Goldhagen explores the anatomy of genocide-explaining why genocides begin, are sustained, and end; why societies support them; why they happen so frequently; and how the international community can successfully stop them, as well as why they should.

Worse Than War seeks to change the way we think and to offer new possibilities for a better world. It tells us how we might at last begin to eradicate this greatest scourge of humankind.

Worse Than War: Genocide, Eliminationism, and the Ongoing Assault on Humanity