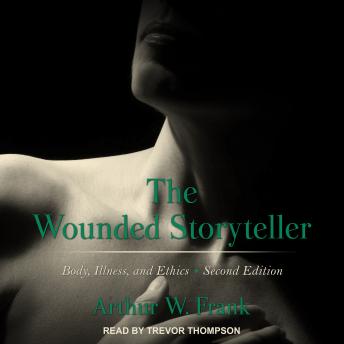 Since it was first published in 1995, The Wounded Storyteller has occupied a unique place in the body of work on illness. Both the collective portrait of a so-called 'remission society' of those who suffer from some type of illness or disability and a cogent analysis of their stories within a larger framework of narrative theory, Arthur W. Frank's book has reached a large and diverse following, including the ill, medical professionals, and scholars of literary theory.

Drawing on the work of authors such as Oliver Sacks, Anatole Broyard, Norman Cousins, and Audre Lorde, as well as from people he met during the years he spent among different illness groups, Frank recounts a stirring collection of illness stories, ranging from the well-known-Gilda Radner's battle with ovarian cancer-to the private testimonials of people with cancer, chronic fatigue syndrome, and disabilities.

In this new edition Frank adds a preface describing the personal and cultural times when the first edition was written. Reflecting on both his own life during the creation of the first edition and the conclusions of the book itself, Frank reminds us of the power of storytelling as way to understanding our own suffering.