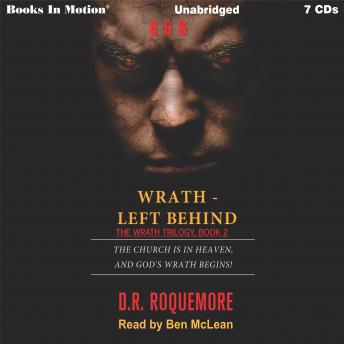 Wrath-Left Behind: THE RAPTURE JUST HAPPENED AND GOD'S WRATH IS UNLEASHED!

The last few years of the Tribulation will be the worst period of time in the history of the world. God's wrath will be unleashed upon the Earth in the form of seven trumpet and seven bowl judgements. During this time, most of the world's population will be destroyed. Wrath - Left Behind is the second book in the Wrath Trilogy. Our story begins immediately after the Rapture of the Church. Jackson has been left behind and must now try to survive for more than two years, until the Second Coming of Christ. He will face the brutality of the Zone Police, demons, hunger, thirst, and more than a dozen unique judgements released on the Earth by God.

Wrath-Left Behind: THE RAPTURE JUST HAPPENED AND GOD'S WRATH IS UNLEASHED!