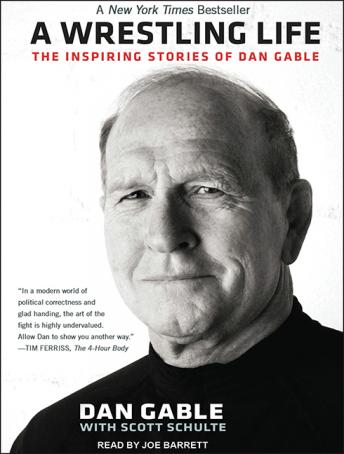 A Wrestling Life: The Inspiring Stories of Dan Gable

What does it take to be an Olympic gold medalist and to coach a collegiate team to fifteen NCAA titles? In A Wrestling Life: The Inspiring Stories of Dan Gable, famed wrestler and wrestling coach Dan Gable tells engaging and inspiring stories of his childhood in Waterloo, Iowa; overcoming the murder of his sister as a teenager; his sports career from swimming as a young boy, to his earliest wrestling matches, through the 1972 Olympics; coaching at the University of Iowa from the Banachs to the Brands; life-changing friendships he made along the way; and tales of his family life off the mat.

A celebration of determination, teamwork, and the persevering human spirit, A Wrestling Life captures Gable's methods and philosophies for reaching individual greatness as well as the incredible amount of fulfillment and satisfaction that comes from working as part of a team.