Writing About Animals in the Age of Revolution 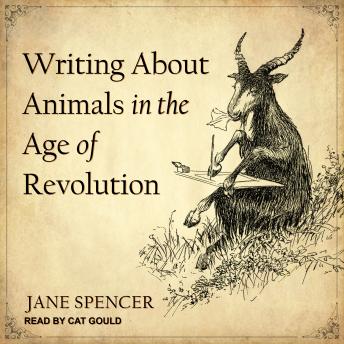 Writing About Animals in the Age of Revolution shows how an appreciation of human-animal similarity and a literature of compassion for animals developed in the same years during which radical thinkers were first basing political demands on the concept of natural and universal human rights. Some people began to conceptualize animal rights as an extension of the rights of man and woman. But because oppressed people had to insist on their own separation from animals in order to claim the right to a full share in human privileges, the relationship between human and animal rights was fraught and complex.

This book examines that relationship in chapters covering the abolition movement, early feminism, and the political reform movement. Donkeys, pigs, apes, and many other literary animals became central metaphors within political discourse, fought over in the struggle for rights and freedoms; while at the same time more and more writers became interested in exploring the experiences of animals themselves. We learn how children's writers pioneered narrative techniques for representing animal subjectivity, and how the anti-cruelty campaign of the early 1800s drew on the legacy of 1790s radicalism.

Writing About Animals in the Age of Revolution