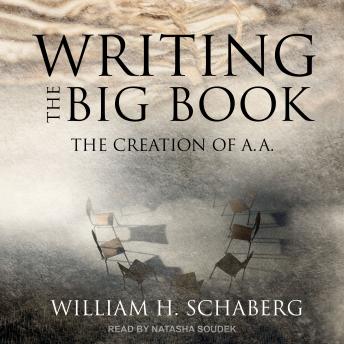 Writing the Big Book: The Creation of A.A.

In Writing the Big Book, William H. Schaberg presents an exciting, research-driven narrative of the history of the book, Alcoholic Anonymous, and the formative years of A.A. Granted extensive access to the group's archives along with several other sources, the author reveals the early Fellowship's conflicts and personalities, successes and failures, and dispels many of the myths found in such canonical texts as Dr. Bob and the Good Old Timers, Alcoholics Anonymous Comes of Age, and A Brief History of the Big Book.

The result of eleven years of in-depth research, Schaberg's history relies whenever possible on primary, real-time documents. He thoroughly investigates the book's authorship, illuminating the lesser-known contributions of figures like Hank Parkhurst and Frank Amos, and reveals how the spiritual side of the A.A. program evolved and was vigorously debated.

The book focuses primarily on the eighteen months between October of 1937, when a book was first proposed, and April of 1939, when Alcoholics Anonymous was published. During the span of those eighteen months, the wealth of available archival materials provides for an almost week-by-week accounting of events, including an amazing amount of previously unreported details, resulting in a comprehensive and compelling story.

Writing the Big Book: The Creation of A.A.