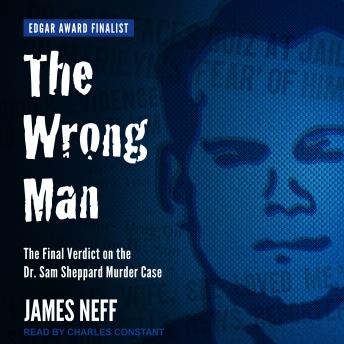 The Wrong Man: The Final Verdict on the Dr. Sam Sheppard Murder Case

At 5:40 a.m. on July 4, 1954, the mayor of Bay Village, a small suburb of Cleveland, Ohio, received a frantic phone call from his neighbor Dr. Sam Sheppard. The news was too terrible to comprehend: Marilyn, Sam's lovely wife, was dead, her face and torso beaten beyond recognition by an unknown assailant who had knocked Sam unconscious and escaped just before dawn. In the adjacent bedroom, Chip, the Sheppards' seven-year-old son, had slept through the entire ordeal.

Almost immediately, the police began to suspect Sam Sheppard. The local press rushed to cast judgment on the handsome, prosperous doctor. After a misguided investigation, Sheppard was arrested and charged with murder. Sentenced to life in prison, he served for nearly a decade before he was acquitted in a retrial. Until his death, he maintained his innocence.

Culled from DNA evidence, testimony that was never heard in court, prison diaries, and interviews with the Sheppard family and other key players, The Wrong Man makes a convincing case for Sheppard's innocence and reveals the identity of the real killer.