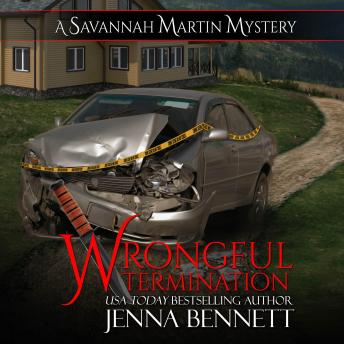 When Savannah’s husband Rafe loses his position with the Tennessee Bureau of Investigations, Savannah gets excited about the prospect of them taking their new baby and moving back to their hometown of Sweetwater. Rafe has already received a job offer from the Columbia Police Department, and although he doesn’t seem terribly interested in accepting, Savannah would enjoy having her family around, not to mention Rafe’s grandmother Mrs. Jenkins.

But before they can make any decisions, Rafe’s former boss at the TBI turns up dead. And Rick Goins, the MNPD detective in charge, seems determined to prove that Rafe had something to do with it

Detective Tamara Grimaldi, former colleague of Goins and now Chief of Police for Columbia, swears that while it might take him some time, Goins usually comes up with the right solution in the end. But with fresh victims dropping like flies, and someone seemingly doing their best to fan the flames of Goins’s biases, Savannah isn’t sure she can wait for the detective to come to his senses. Because while she’d like to move back to Sweetwater, she doesn’t want it to be because her husband is behind bars…

This title is due for release on April 19, 2021
We'll send you an email as soon as it is available!