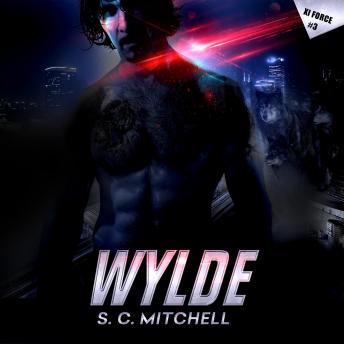 Forced to undergo experimental procedures that grafted wolf DNA into his own and then given super healing powers, Jonathan Wylde wants nothing to do with civilization, preferring instead to run with his wolf pack. A reluctant member of the Xi Force super team, he keeps to himself unless his talents are needed.

Dove Locklear returns home after spending exciting and adventurous weeks with the Xi Force super team, and reconnecting with her childhood friend, John Wylde. But danger lurks in her father's genetics lab. An agent of Red Guard, with nefarious plans, whisks her away at gunpoint to a secret Russian facility.

When his closest friend, Dove Locklear, is kidnapped, Wylde needs to learn to work with his team if he wants to save her. He knows where they took her, and the danger she's in. He'll do whatever it takes to rescue to her, even if that means confronting the man who created him: his father.