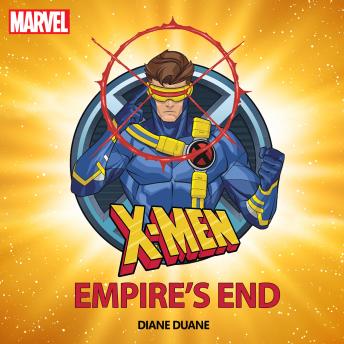 Professor X, the X-Men's founder and mentor, and Shi'ar Empress Lilandra have been forced to love each other from afar-he has to remain on Earth to lead the X-Men, and she must stay with the Shi'ar to run the empire. Now, Lilandra must turn to the X-Men for help against a threat to her domain-and possibly the Earth as well. Shi'ar scientists have learned of a creature that devours galaxies and is heading toward Shi'ar space. Beset by a panicking people and by several assassination attempts, Lilandra calls upon the X-Men for their assistance, for the galaxy-eater will target Earth next-but the price for stopping the galaxy-eater may be higher than the X-Men expect. They must use a device that increases their powers a thousandfold to drive the creature back, a process that could destroy them-or make them insane with power!