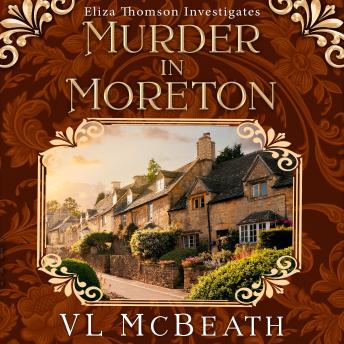 Eliza Thomson is back in Moreton after nearly thirty years away. Her best friend Connie is eager to introduce her to the villagers, but their excitement vanishes when they bump into the ill-tempered Mrs Milwood.

Days later, when Mrs Milwood is found dead, the evidence confirms she was murdered ... and there are no shortage of suspects.

With the finger of suspicion pointing at a childhood friend, Eliza is keen to clear her name. But an inspector from New Scotland Yard has other ideas. He won't have her interfering with the investigation.

Refusing to sit by and do nothing, Eliza and Connie make it their business to unravel the secrets of this sleepy English village ... but will the police accept their evidence and bring the right person to justice?

If you like Miss Marple-style murder mysteries, and historical heroines with attitude, you’ll love this step-back-in-time cozy series.