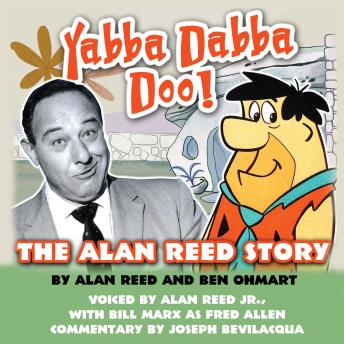 The autobiography of the voice of Fred Flintstone is brought to life by veteran radio theater producer Joe Bevilacqua and Alan Reed, Jr., featuring rare interviews with Alan Reed himself, an interview with Joe Barbera, and clips from Reed's radio, television, and film career, including The Fred Allen Show, The Shadow, The Life of Riley, Life with Luigi, Duffy's Tavern, The Postman Always Rings Twice, Viva Zapata, Breakfast at Tiffany's, and The Flintstones.