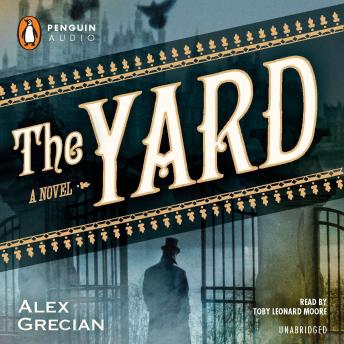 Victorian London is a cesspool of crime, and Scotland Yard has only twelve detectives—known as “The Murder Squad”—to investigate thousands of murders every month. Created after the Metropolitan Police’s spectacular failure to capture Jack the Ripper, The Murder Squad suffers rampant public contempt. They have failed their citizens. But no one can anticipate the brutal murder of one of their own . . . one of the twelve . . .When Walter Day, the squad’s newest hire, is assigned the case of the murdered detective, he finds a strange ally in the Yard’s first forensic pathologist, Dr. Bernard Kingsley. Together they track the killer, who clearly is not finished with The Murder Squad . . . but why?

Filled with fascinating period detail, and real historical figures, this spectacular debut in a new series showcases the depravity of late Victorian London, the advent of criminology, and introduces a stunning new cast of characters sure to appeal to fans of The Sherlockian and The Alienist.

I'm only 2 minutes into the book and I already don't want to listen any further. The reader's pace is far too slow, robbing the text of dramatic punch. A 1-second pause between sentences is inexcusable. The book may be an excellent read but a very poor listen. Extremely disappointed.