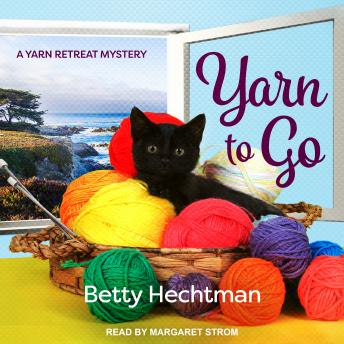 When dessert chef Casey Feldstein finds out that her late aunt's business, Yarn2Go, has one more yarn retreat scheduled, she decides to go ahead and host the event, despite her complete lack of experience as a knitter. At least the retreat is on the beautiful Monterey Peninsula.

But the idyllic setting is soured when a retreat regular is found murdered in her hotel room. Feeling a sense of responsibility, Casey begins to weave the clues together and detects a pattern which may shed light on her aunt's suspicious death. Despite the danger, the last thing Casey plans to do is retreat. She'll catch this killer . . . or dye trying.