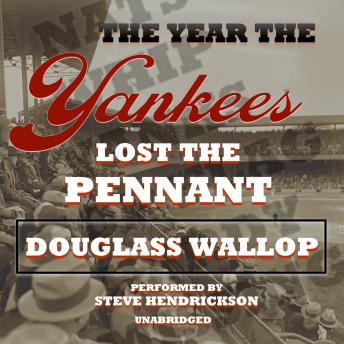 The Year the Yankees Lost the Pennant

Decades before Field of Dreams there was The Year the Yankees Lost the Pennant, the classic baseball fable that became the hit movie and musical Damn Yankees. Now a new generation is ready to discover this delightful book, restored to its original title, with a new introduction by baseball writer Bill James.Baseball lovers everywhere can identify with Joe Boyd, a die-hard Washington Senators fan who puts his soul in hock to help them wrest the pennant away from the hated, all-conquering Yankees. Transformed by the sulfurous Mr. Applegate's satanic magic into twenty-two-year-old phenom Joe Hardy, he leads the hapless Senators in a torrid late-season pursuit of the men in pinstripes. Joe has until September 21 before the deal becomes final?and eternal. With the luscious temptress Lola to distract him, he'll have a hell of a time wriggling out of the bargain.

Year the Yankees Lost the Pennant