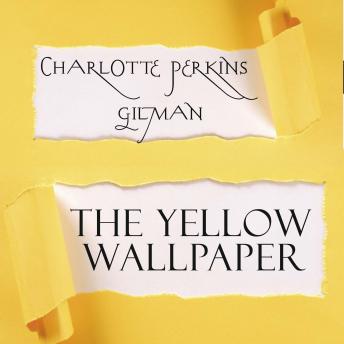 'The Yellow Wallpaper' is a short story by American writer Charlotte Perkins Gilman, first published in January 1892 in The New England Magazine. It is regarded as an important early work of American feminist literature, due to its illustration of the attitudes towards mental and physical health of women in the 19th century.
Narrated in the first person, the story is a collection of journal entries written by a woman whose physician husband (John) has rented an old mansion for the summer. Forgoing other rooms in the house, the couple moves into the upstairs nursery. As a form of treatment, the unnamed woman is forbidden from working, and is encouraged to eat well and get plenty of air, so she can recuperate from what he calls a 'temporary nervous depression - a slight hysterical tendency', a diagnosis common to women during that period.
Among the most significant works Charlotte Gilman: The Yellow Wallpaper, Women and Economics, The Man-Made World; or Our Androcentric Culture, What Diantha Did, The Crux, Moving the Mountain, Mag-Marjorie, Benigna Machiavelli, Herland, With Her in Ourland, Unpunished and many more.