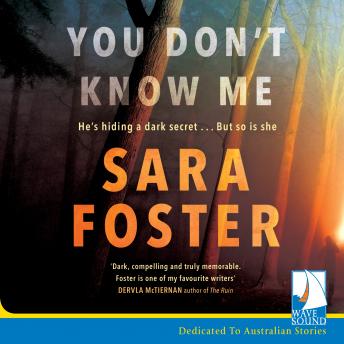 You Don't Know Me

From the bestselling author of The Hidden Hours.

Lizzie Burdett was eighteen when she vanished, and Noah Carruso has never forgotten her. She was his first crush, his unrequited love. She was also his brother Tom's girlfriend. Twelve years later, an inquest into Lizzie's disappearance is looming, and Tom is coming home to give evidence after a decade away. The brothers' long-held grudges are quickly resurfacing.

A few weeks before the inquest begins, Noah meets Alice Pryce on holiday. They fall for each other fast and hard, but Noah can't bear to tell Alice his deepest secrets. And Alice is equally stricken – she carries a terrible secret of her own.
Is the truth worth telling if it will destroy everything?

“This book has it all... I couldn't put it down. This is Sara Foster's best book yet.” NATASHA LESTER