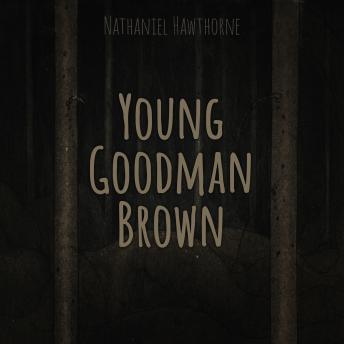 The narrative of Nathaniel Hawthorne's 'Young Goodman Brown' unfolds like a horror film, as the pious protagonist goes to an appointment in the woods near the town of Salem. The author's use of tongue-in-cheek humor serves to intensify the ultimate horror of the story. One by one, a series of revelations shakes Brown to the core. First he meets a figure with the combined features of a demon and of his grandfather, then he sees the shadow side of his catechism teacher, then those of a minister and a deacon, and finally, he encounters his wife as a participant in an occult ceremony. Never sure if he experienced hallucinations or reality, Brown loses his innocence, and turns into a cynic for the rest of his life.