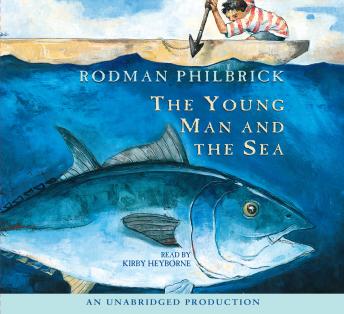 The Young Man and the Sea

Skiff Beaman has a boatload of problems. Ever since his mother died, his father doesn’t want to get up off the TV couch–even when the Mary Rose, his fishing boat, sinks at the dock. Twelve-year-old Skiff’s been bailing out Rose by himself for months, getting up before dawn to pump out the bilge and keep her floating–just in case his dad decides to put his beer aside and get up and go fishing. But once a boat has gone under you can’t bail it out.
With a nod to Hemingway, award-winning novelist Rodman Philbrick presents a starkly dramatic yet poignant story about a determined boy who refuses to give up, despite overwhelming odds. Skiff Beaman makes a choice to take on the world–but can he possibly beat the odds and win?

Young Man and the Sea

This title is due for release on November 9, 2004
We'll send you an email as soon as it is available!