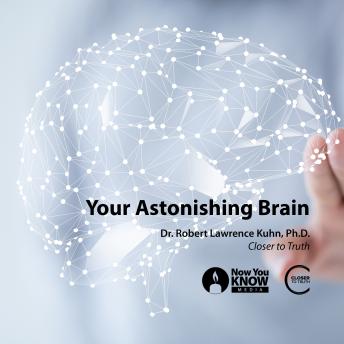 Everything we know and do - all the depth of thought, all the range of emotion, all the fullness of human achievement - springs from the brains in our heads. But how exactly does your brain work? And how much can science discover about its processes?

In three exciting episodes, your host, Dr. Robert Lawrence Kuhn, welcomes 14 guest experts to share their inspiring knowledge of the human brain. Each episode is crafted as a series of one-on-one interviews.

In the first episode, How Do Human Brains Think and Feel?, you'll hear from five leading neuroscientists. Together, they offer you a clear picture of recent scientific and medical accomplishments and the impact of those accomplishments on our understanding of psychology and cognition.

In the second episode, When Brains Go Bad, you'll hear from a diverse quartet of philosophers and scientists. Of particular note are Donald D. Hoffman, a Professor of Cognitive Science at UC Irvine and Susan A. Greenfield, a Professor of Synaptic Pharmacology at Lincoln College, Oxford, whose research has made waves in the study of Parkinson's and Alzheimer's diseases.

In the third episode, Can Mind Heal the Body?, you'll hear from Deepak Chopra, an Indian-American medical doctor, author of more than 65 books, and new age guru.

Discover the amazing and intricate workings of the brain with this all-star cast.

Note: This audio series was originally produced by Closer to Truth - the television series created, written, and hosted by Dr. Robert Lawrence Kuhn and co-created, produced, and directed by Peter Getzels.

This title is due for release on October 5, 2018
We'll send you an email as soon as it is available!