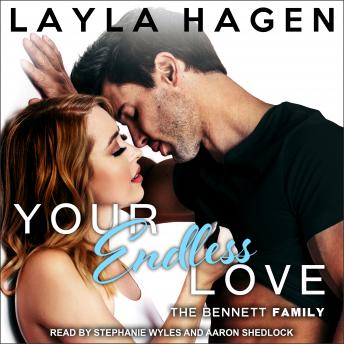 An incurable romantic with a chronic case of bad luck with men.

Museum curator Summer Bennett knows that happily ever afters are not make-believe. After all, her siblings all found their soul mates, so she's optimistic her Prince Charming will come along too . . . eventually. In the meantime, she focuses on her job and her volunteering-which brings her face-to-face with one of Hollywood's hottest A-listers.

When Alexander Westbrook flashes America's favorite panty-melting smile, Summer's entire body responds. When she asks him to get involved in the community where she volunteers, Summer is shocked that the Hollywood heartthrob agrees right away. Two weeks working side by side with the world's sexiest guy, and the game is on.

Far from the public eye, Summer discovers she likes the real Alex even more than his on-screen persona. Secret kisses and whispered conversations spark a fire in her that nothing can extinguish. If only his life wasn't splashed all over the tabloids . . .

Alex can't keep his eyes-or his hands-off Summer. But she's too sweet and too damn lovely to be swept up in his Hollywood drama. His career is at risk, and an iron-clad clause in his contract with the studio makes a relationship impossible.