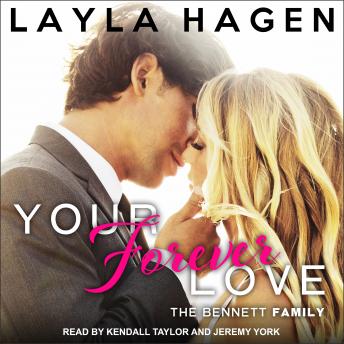 Eric Callahan is a powerful man, and his sharp business sense earned him the nickname Shark. Yet under this façade is a man who loves his daughter and would do anything for her. When he and his daughter move to San Francisco for three months, he has one thing in mind: expanding his business. As a widower, Eric is not looking for love. He focuses on his company, and his daughter-until he meets Pippa Bennett. She captivates him from the moment he sets eyes on her.

Pippa Bennett knows she should stay away from Eric Callahan. After going through a rough divorce, she doesn't trust men anymore. But there's something about him that draws her in. He has a body made for sin, and a sense of humor that matches hers. Not to mention seeing how adorable he is with his daughter melts her walls one by one.

The chemistry between them is undeniable, but it's the connection that grows deeper every day that has them wondering if love might be within reach. When it's time for Eric and his daughter to go home, will he give up on the woman who has captured his heart or do everything he can to remain by her side?