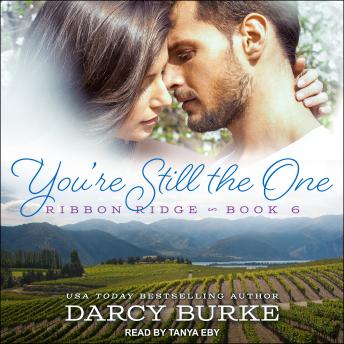 You're Still the One

Everyone thought college sweethearts Bex Holmgren and Hayden Archer were headed for the altar . . . until a tragic accident sent young Bex running from a future she wasn't ready to claim. But when she's offered her dream job at Archer Brewing, Bex can't pass up the chance to reconnect with the big, crazy family that once welcomed her with open arms-and the one man she's never stopped loving.

When he returns home after a year in France, Hayden is less than thrilled to find his ex-girlfriend working for his family's company. He's finally moved on, and being around her rekindles long-buried feelings he'd rather ignore. But Bex isn't the same girl he knew-she's more mature, more beautiful, more tempting than ever-and he can't resist the pull of the intense passion he's only ever shared with her.

Have five years changed them enough, or are they doomed to repeat the mistakes of the past? The only thing Bex knows for sure is that for her, Hayden is still the one.

You're Still the One