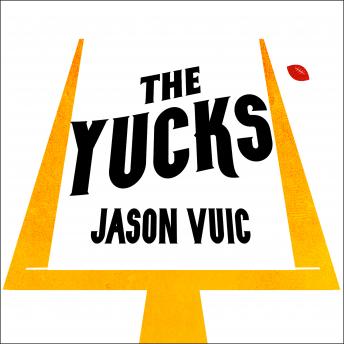 The Yucks: Two Years in Tampa with the Losingest Team in NFL History

Long before their first Super Bowl victory in 2003, the Tampa Bay Buccaneers did something no NFL team had ever done before and that none will ever likely do again: They lost twenty-six games in a row. It started in 1976, in their first season as an expansion team, and it lasted until the penultimate game of the 1977 season, when they defeated Archie Manning and the New Orleans Saints on the road. It was the beginning of a new streak for a team that had come to be called 'The Yucks.' They won their final game at home, and the fans tore down the goalposts.

This was no ordinary streak. It was an existential curse that unfolded week after week, with Johnny Carson leading the charge on The Tonight Show. Along with their ridiculous mascot and uniforms, the Yucks were a national punch line and personnel purgatory. Owned by the miserly and bulbous-nosed Hugh Culverhouse, the team was the end of the line for Heisman Trophy winner Steve Spurrier, and a banishment for former Cowboy defensive end Pat Toomay after he wrote a tell-all book about his time on 'America's Team.'

Jason Vuic's The Yucks is an unforgettable and hilarious account of athletic futility and despair.

Yucks: Two Years in Tampa with the Losingest Team in NFL History