Yuri Bezmenov: The Life and Legacy of the Influential KGB Informant Who Defected to the West 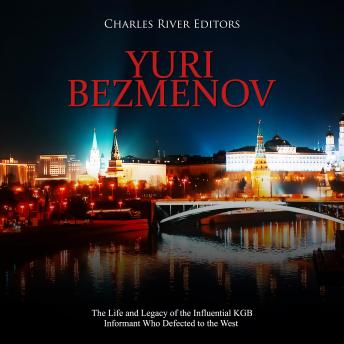 The KGB is one of the most famous abbreviations of the 20th century, and it has become synonymous with the shadowy and often violent actions of the Soviet Union’s secret police and internal security agencies. In fact, it is often used to refer to the Soviet state security agencies throughout its history, from the inception of the inception of the Cheka (Extraordinary Commission) in 1917 to the official elimination of the KGB in 1992. Whether it’s associated with the Russian Civil War’s excesses, Stalin’s purges, and even Vladimir Putin, the KGB has long been viewed as the West’s biggest bogeyman during the second half of the 20th century.

Yuri Bezmenov was among the first Soviet whistleblowers to attract attention on a global scale, and interest in his story has recently been revived thanks to his surprising cameo in the teaser trailer for Call of Duty Black Ops: Cold War in August 2020. This came despite the fact he was far from the first ex-KGB agent or Russian to pull back the curtains on the Russian government and reveal the harrowing “truths” they were once sworn to harbor, as well as the disconcerting covert operations of which they once allegedly partook. In fact, the history of Russian defectors who later emerged as informants in the name of public interest stretches back to the 16th century, when Andrey Kurbsky, a former boyar, high-ranking military commander, and trusted adviser to Tsar Ivan the Terrible, decamped to Lithuania on April 30, 1564.

Yuri Bezmenov: The Life and Legacy of the Influential KGB Informant Who Defected to the West

This title is due for release on December 23, 2020
We'll send you an email as soon as it is available!