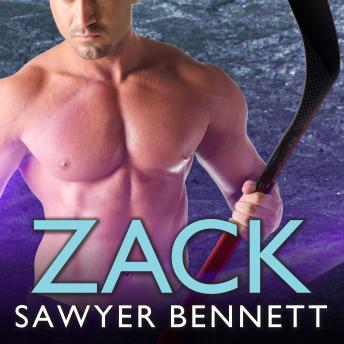 Rising star Zack Grantham has been stuck in a downward spiral of grief that has put his career on hold. Back on the road with the Carolina Cold Fury, still crippled by emotional baggage, and now a single dad, he's in need of some serious help with his son. But while the nerdy new nanny wins his son's heart, Zack isn't sure that he's ready for a woman's touch-even after getting a glimpse of the killer curves she's hiding under those baggy clothes.

Kate Francis usually keeps men like Zack at a distance. Though his athlete's body is honed to perfection, he refuses to move on with his life-and besides, he's her boss. Still, the sparks between them are undeniable, tempting Kate to turn their professional relationship into a personal one. But before she makes a power play for Zack's wounded heart, Kate will have to open him up again and show him that love is worth the fight.Contains mature themes.