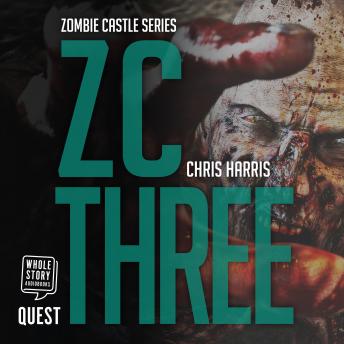 Tom, Becky and their two children are now part of a band travelling together towards their goal: their Zombie Castle. They know exactly where they need to get to in order to survive the zombie-infested world they are now living in. It has already been a dangerous journey, battling zombies to save themselves and rescue others along the way. An unexpected addition to their band of survivors are a group of knights, complete with mediaeval weaponry and the skills to go with them. But with new travellers come families to be sought and the fight to get to them to see if any have survived. They have honed their zombie-fighting techniques, adapting tools to become weapons, vehicles to become marauding fighting platforms, and begin to believe they have a chance of making a new life, if they can only reach their goal. But it seems that zombies are not their only enemy, and they are forced to face the darker side of humanity to get there.