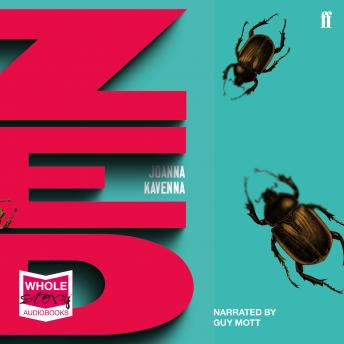 A blistering, satirical novel about life under a global media corporation that knows exactly what we think, what we want, and what we do - before we do.
Self-anointed guru of the Digital Age, Guy Matthias, has become one of the world's most powerful and influential figures. Untaxed and ungoverned, his company ‘Beetle' essentially operates beyond the control of Governments or the law.
But trouble is never far away, and for Guy a perfect storm is brewing: his wife wants to leave him; malfunctioning Beetle software has led to some unfortunate deaths which are proving hard to cover up and a mystery hacker, Gogol, is on his trail.
With the clock ticking- Guy, his aide Douglas Varley, conflicted national security agent Eloise Jayne, depressed journalist David Strachey, and Gogol, whoever that may be - the question is becoming ever more pressing, how do you live in reality when nobody knows anything, and all knowledge, all certainty, is partly or entirely fake?

‘An idiosyncratic, joyously page-turning thriller - and one of the cleverest books you'll read this year.' THE TELEGRAPH
'It's chillingly believable, but Zed is also extremely funny . . . Kavenna remains one of the most brilliant and disconcerting British writers working today.' SPECTATOR
‘Imagine a denser, intellectually chewier and very British version of dystopian tech satire The Circle, by Dave Eggers, and you'll have some idea of this . . . snort-inducingly funny.' DAILY MAIL
‘A work of delirious genius.' GUARDIAN, Book of the Day