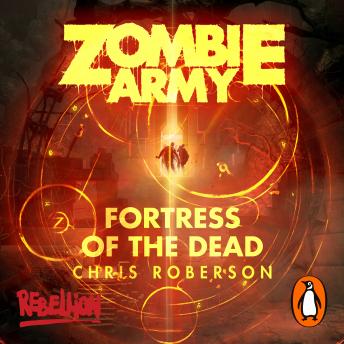 Zombie Army: Fortress of the Dead

HITLER IS GONE. PLAN Z IS DEFEATED. BUT THE DEAD STILL WALK.

Jun is a deadhunter-and a damn good one. For her, patrolling Northern Italy with Sergeant Josiah and his elite squad, eradicating zombies and searching for survivors is nothing new.

When the squad encounters a group of refugees being relentlessly pursued by the Dead, they uncover a new threat: a secret Alpine Redoubt stuffed with SS and Hitler Youth, who have seemingly gained control over the Dead.

The race is on: neutralise the Nazi menace, destroy the secret base, and stem the tide of Dead-or lose Europe to an unstoppable zombie army.

World War Two is over, but the Dead War is just beginning...

Zombie Army: Fortress of the Dead