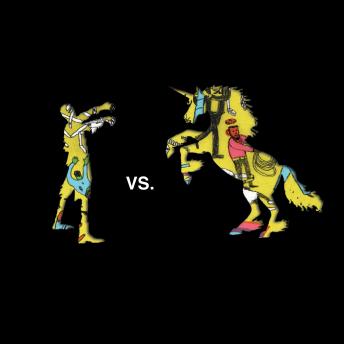 Justine Larbalestier says that zombies are our own walking deaths. Funny, grim, and terrifying, they cannot be escaped. Unicorns are sparkly and pastel and fart rainbows.

Some of today’s finest writers have chosen their side, creating dazzling stories about both creatures. So listen on, and decide for yourself:

Are you Team Zombie or Team Unicorn?