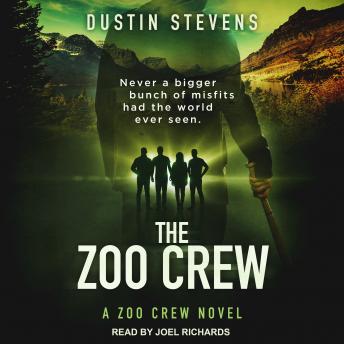 The Zoo Crew. A random assortment of individuals that came together in western Montana out of circumstance, stayed together by choice. Among them are Ajax, a gaming genius far from his native Boston. Kade, a forest firefighter that spends half his year roaming the blazing countryside, the other half perusing the local nightlife. Sage, registered nurse and proverbial mother hen for the group.

At the helm is Drake Bell, displaced Southerner and third year law student. Fresh off a summer spent interning in legal hell, he is only mildly certain he even wants to continue down the path he's on. Until an old friend comes to find him that is.

Eight months pregnant and closing fast on her due date, the girl is scared. What was supposed to have been a simple surrogacy agreement has gone tragically wrong. Young girls like her are coming up missing or even worse. She's on the run and has nobody else to turn to.

If everything the girl is saying is true, some of the largest players in the Missoula community are involved. Armed only with his own trepidations and the loyalty of those around him, Drake must find a way to save his friend and his own growing skepticism before it's too late.