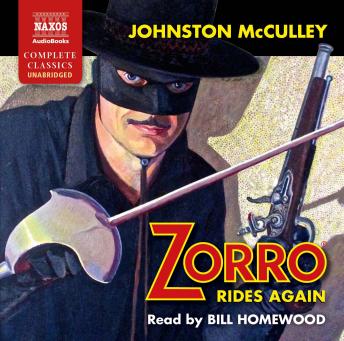 Zorro Rides Again is the third novella featuring Zorro, the Robin Hood of Old California. Reina de los Angeles is being terrorized by a masked swordsman who marks the faces of his victims with Zorro's trademark Z. But is this the real Zorro? The Governor of California offers a reward for the capture of Don Diego Vega (who is known to have previously been Zorro) dead or alive, while an army - led by the ruthless Captain Rocha - is in hot pursuit of the outlaw. Assisted by a coterie of allies and the native Cocopah tribe, Don Diego seeks to establish his innocence and unmask the evil imposter.

This title is due for release on November 30, 2016
We'll send you an email as soon as it is available!