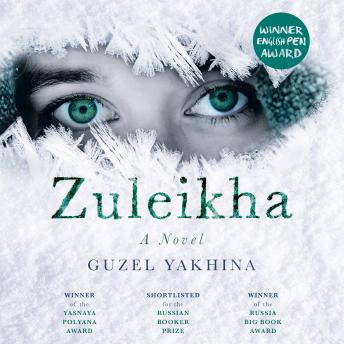 WINNER OF THE BIG BOOK AWARD, THE YASNAYA POLYANA AWARD AND THE BEST PROSE WORK OF THE YEAR AWARD
Soviet Russia, 1930. Zuleikha, the “pitiful hen,” lives with her brutal husband Murtaza and her mother-in-law in a small Tartar village. When Murtaza is executed by communist soldiers, she is sent into exile to a remote region on the Angara River in Siberia. Hundreds die of hunger and exhaustion on the journey and over the first difficult winter, yet exile is the making of Zuleikha.
As she gets to know her fellow survivors ― among them an eccentric German doctor, a painter, and the conscience-stricken Commander Ignatov, her husband’s killer ―Zuleikha begins to build a new life far removed from the one she left behind.
Guzel Yakhina’s outstanding debut ― inspired by her grandmother's childhood memories of being exiled to the Gulag ―has been translated into twenty-one languages, capturing the hearts of readers all over the world.