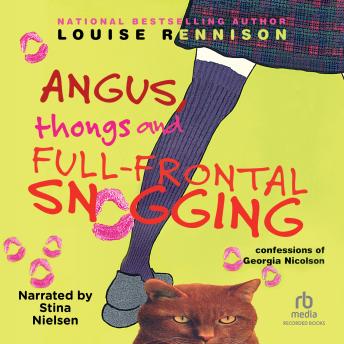 Several things about 14-year-old Georgia Nicolson's life are very wrong. Her bedroom smells like her little sister probably peed somewhere, but she can't find where. Angus, her enormous cat, keeps terrorizing Mrs. Next Door's poodle. Dad's gone off to look for work in New Zealand. And one of her friends has rated Georgia's nose a zero on a scale from 1-10. But what's really driving her crazy is that Sex God Robbie doesn't give her the time of day. In fact, he's dating total idiot Lindsay, who Georgia happens to know wears thong knickers, which have no purpose except to climb up your bum. Is it too much for Georgia to hope for some full-frontal snogging with a Sex God--if he ever notices her? Louise Rennison caused a sensation with this hilarious book that has been called Bridget Jones's Diary for adolescents. Narrator Stina Nielsen brilliantly fills the shoes of one of the most colorful young adult book characters in years.