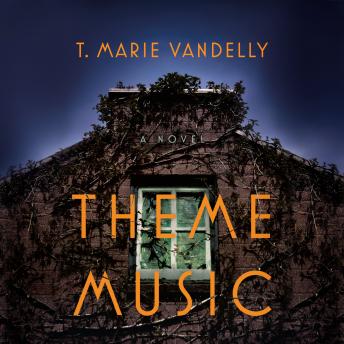 “If you've been looking for your newest horror obsession after The Haunting of Hill House, read this one next.”—BuzzFeed

She didn't run from her dark past. She moved in.

For the lucky among us, life is what you make of it; but for Dixie Wheeler, the theme music for her story was chosen by another long ago, on the day her father butchered her mother and brothers and then slashed a knife across his own throat. Only one-year-old Dixie was spared, becoming infamously known as Baby Blue for the song left playing in the aftermath of the slaughter.

Twenty-five years later, Dixie is still desperate for a connection to the family she can’t remember. So when her childhood home goes up for sale, Dixie sets aside all reason and moves in. But as the ghosts of her family seemingly begin to take up residence in the house that was once theirs, Dixie starts to question her sanity and wonders if the evil force menacing her is that of her father or a demon of her own making.

In order to make sense of her present, Dixie becomes determined to unravel the truth of her past and seeks out the detective who originally investigated the murders. But the more she learns, the more she opens up the uncomfortable possibility that the sins of her father may belong to another. As bodies begin to pile up around her, Dixie must find a way to expose the lunacy behind her family’s massacre to save her few loved ones who are still alive—and whatever scrap of sanity she has left.

I was excited to listen to this book and found myself only being excited that I finally finished it. Right off the top…the narration was just off. The narrator spoke like she was in a 1950’s private detective novel. I “literally” spent the entire time asking myself, why is she speaking this way. A few hours in and finally excepting this is what I’m stuck with the story itself is just bonkers; filled with stupid, unlikeable and unlikely characters. The main character sort of vexed me in an annoyingly fashion like Grace Saifs character, Ani Achola in season 3 of 13 Reasons Why (those who watched season 3 instantly will get this.) I don’t think reading this will change my opinion as it has with other books that I have listened to first. Oh well…on to the next listen.

I was not very keen on the narrator. The story was fairly interesting.