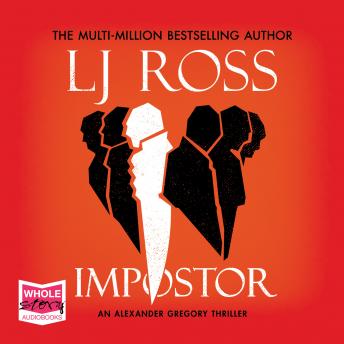 After an elite criminal profiling unit is shut down amid a storm of scandal and mismanagement, only one person emerges unscathed. Forensic psychiatrist Doctor Alexander Gregory has a reputation for being able to step inside the darkest minds to uncover whatever secrets lie hidden there and, soon enough, he finds himself drawn into the murky world of murder investigation. In the beautiful hills of County Mayo, Ireland, a killer is on the loose. Panic has a stranglehold on its rural community and the Garda are running out of time. Gregory has sworn to follow a quiet life but, when the call comes, can he refuse to help their desperate search for justice? Murder and mystery are peppered with dark humour in this fast-paced thriller set amidst the spectacular Irish landscape.

LJ Ross is a self-published literary sensation whose books have sold over 4 million copies in paperback, ebook and audio. We are proud to bring her work to libraries for the first time.

“LJ Ross is the Queen of Kindle.' SUNDAY TELEGRAPH