Wrapped Up In Christmas: An uplifting small-town romance from Hallmark Publishing 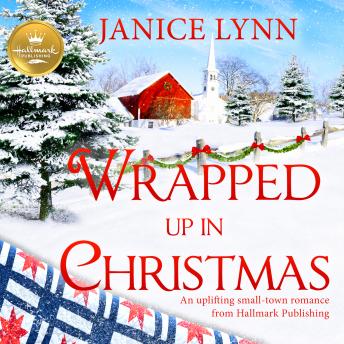 Sarah Smith in Pine Hill, Kentucky has had her heart broken in the past. She pours herself into her work at church and into special projects?like making a quilt for a wounded warrior. Bodie Lewis is lost. All he's ever wanted was his career as an Army Ranger, but he was injured in an explosion that killed his brothers in arms. In the hospital, he receives a handmade quilt. Later, he sets out on his final mission: to find and thank its maker. Bodie expected Sarah to be an elderly lady, not a lovely young woman. When she mistakes him for a handyman, he doesn't immediately set her straight. Instead, he sets about repairing the home she's turning into a bed and breakfast. Sarah's presence and the spirit of the small town bring Bodie something he thought he'd left far behind on the battlefield: hope.This heartwarming sweet romance includes a new original Hallmark recipe for Cinnamon Swirl Bread.

Wrapped Up In Christmas: An uplifting small-town romance from Hallmark Publishing