The Best of Enemies: Race and Redemption in the New South 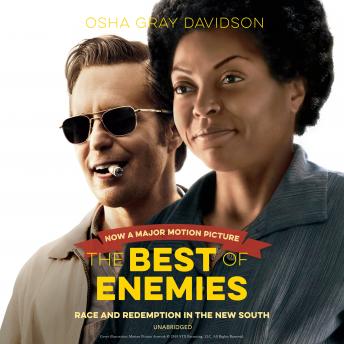 C. P. Ellis grew up in the poor white section of Durham, North Carolina, and as a young man joined the Ku Klux Klan. Ann Atwater, a single mother from the poor black part of town, quit her job as a household domestic to join the civil rights fight.During the 1960s, as the country struggled with the explosive issue of race, Atwater and Ellis met on opposite sides of the public school integration issue. Their encounters were charged with hatred and suspicion. In an amazing set of transformations, however, each of them came to see how the other had been exploited by the South's rigid power structure, and they forged a friendship that flourished against a backdrop of unrelenting bigotry.Rich with details about the rhythms of daily life in the mid-twentieth-century South, The Best of Enemies offers a vivid portrait of a relationship that defied all odds. By placing this very personal story into broader context, Osha Gray Davidson demonstrates that race is intimately tied to issues of class and that cooperation is possible-even in the most divisive situations-when people begin to listen to one another.

Best of Enemies: Race and Redemption in the New South