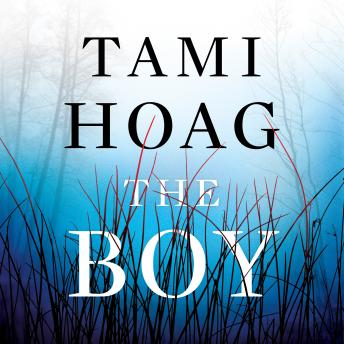 The Boy: A Novel

#2 of Broussard and Fourcade Series

An unfathomable loss or an unthinkable crime? #1 New York Times bestselling author Tami Hoag keeps you guessing in her most harrowing thriller yet.

When Detective Nick Fourcade enters the home of Genevieve Gauthier outside the sleepy town of Bayou Breaux, Louisiana, the bloody crime scene that awaits him is both the most brutal and the most confusing he's ever seen. Genevieve's seven-year-old son, KJ, has been murdered by an alleged intruder, yet Genevieve is alive and well. Meanwhile, Nick's wife, Detective Annie Broussard, sits with the grieving Genevieve. A mother herself, Annie understands the devastation this woman is going through, but as a detective she's troubled: Who would murder a child and leave the only witness behind?

When KJ's sometimes babysitter, twelve-year-old Nora Florette, is reported missing the very next day, the town fears a maniac is preying on their children. With pressure mounting from a tough, no-nonsense new sheriff, the media, and the parents of Bayou Breaux, Nick and Annie dig deep into the dual mysteries. Is someone from Genevieve's past or present responsible for the death of her son? Is Nora a victim, or something worse? Then everything changes when Genevieve’s past as a convicted criminal comes to light. Could she have killed her own child to free herself from the burden of motherhood, or is the loss of her beloved boy pushing her to the edge of insanity? Could she have something to do with the disappearance of Nora, or is the troubled teen the key to the murder? How far will Nick and Annie have to go to uncover the dark truth of the boy?

Loved the creole feel to the book, loved the great story line and narrator as well. First novel by Tami Hoag I listened to, and am excited to dive into more of her work. Definitely recommend!

The cajun accent was unrealistic. Detective Annie's encounter with Sharon Spicer at the end was silly. Any good detective would not have stood there arguing about why Sharon had not called 911. She would have picked up the phone and dialed and then asked questions and she certainly would not have turned her back on Sharon.

On the whole, a decent enough read, a bit repetitive and long winded in places. I almost gave up about 5hrs in but was too invested by then and carried on. Didn’t find either of the married detectives especially likeable, but I needed to find out what happened. Narrator ok but not one of my favourites.

Good storyline but the author was a but too descriptive for my taste. It felt a bit dragged out at some point.

I enjoyed the book and the narration. Lots of plot twists.

Really liked the book until the end.... then it got disappointing. It seemed liked the author hurried to end it.

The story was very good.. enthralling... list of twists..!! Narration was horrible.. I almost just stopped because of the voice~just terrible!

Loved this book, the characters & the storyline. Yes -at times the scenario's were a little far fetched but it blended right into the story. As I approached the end of the book, I sat in the car & was 1hr late for work. I just had to hear what happened. If I had a physical book in my hand I would have gone straight to the last 3 pages.

Great Novel that kept me interested to the end! The narrator did a wonderful job creating different voices for the many characters! Would definitely recommend and I will definitely check out more Tami Hoag books in the future.

It was awesome brilliantly written and narrated.

Awesome story. I really enjoyed the characters and appreciated the ending. Moving on to another Tami Hoag book- hope it’s jyst as good! The narrator did a very good job too.

I really liked this book, it was awesome! Nick and Annie were my favorite characters. I like the narrator, she did a great job. this book was very well written.

Best book i’ve Read in a long time! This book kept me engaged & wanting more. I didn’t want to put it down. Excellent Narration! G. Pastorius