Eat, Pray, Love: One Woman's Search for Everything Across Italy, India and Indonesia 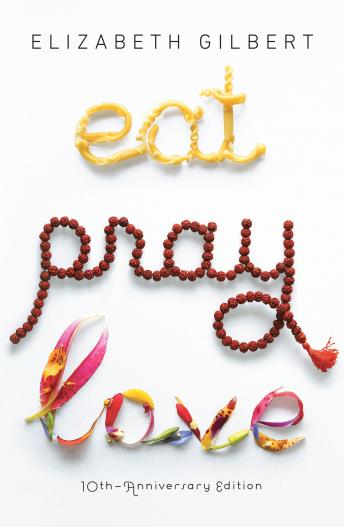 A transformational journey through Italy, India, and Bali searching for pleasure and devotion—the massive bestseller from the author of The Signature of All Things

This beautifully written, heartfelt memoir touched a nerve among both readers and reviewers. Elizabeth Gilbert tells how she made the difficult choice to leave behind all the trappings of modern American success (marriage, house in the country, career) and find, instead, what she truly wanted from life. Setting out for a year to study three different aspects of her nature amid three different cultures, Gilbert explored the art of pleasure in Italy and the art of devotion in India, and then a balance between the two on the Indonesian island of Bali. By turns rapturous and rueful, this wise and funny author (whom Booklist calls “Anne Lamott’s hip, yoga- practicing, footloose younger sister”) is poised to garner yet more adoring fans.

Eat, Pray, Love: One Woman's Search for Everything Across Italy, India and Indonesia

This title is due for release on February 16, 2006
We'll send you an email as soon as it is available!