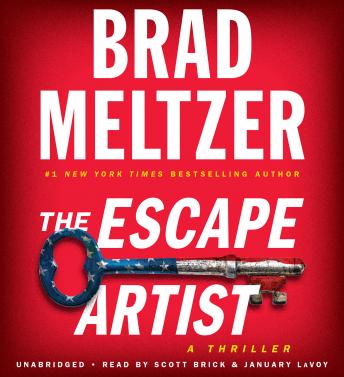 Nola Brown, the U.S. Army's artist-in-residence--a painter and trained soldier--sees something nobody was supposed to see and earns a dangerous enemy in this novel as powerful as 'a launched torpedo slashing through 400 pages of deep water before reaching impact...one of the best thrill rides ever' (David Baldacci).

Who is Nola Brown?

Nola is a mystery

And Nola is supposed to be dead.

Her body was found on a plane that mysteriously fell from the sky as it left a secret military base in the Alaskan wilderness. Her commanding officer verifies she's dead. The US government confirms it. But Jim 'Zig' Zigarowski has just found out the truth: Nola is still alive. And on the run.

Zig works at Dover Air Force Base, helping put to rest the bodies of those who die on top-secret missions. Nola was a childhood friend of Zig's daughter and someone who once saved his daughter's life. So when Zig realizes Nola is still alive, he's determined to find her. Yet as Zig digs into Nola's past, he learns that trouble follows Nola everywhere she goes.

Together, Nola and Zig will either reveal a sleight of hand being played at the highest levels of power or die trying to uncover the US Army's most mysterious secret--a centuries-old conspiracy that traces back through history to the greatest escape artist of all: Harry Houdini.

'Meltzer is a master and this is his best. Not since The Girl with the Dragon Tattoo have you seen a character like this. Get ready to meet Nola. If you've never tried Meltzer, this is the one.' -- Harlan Coben